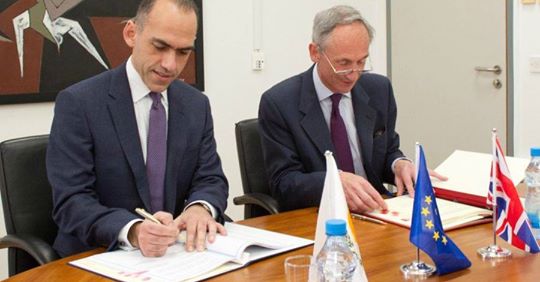 On the 22nd of March 2018, a new convention was signed for the Elimination of Double Taxation with respect to Taxes on Income and Capital Gains as well as the Prevention of Tax Evasion and Avoidance between the Republic of Cyprus and the Government of the United Kingdom of Great Britain and Northern Ireland.

Τhe new elements, agreed between the two countries, will be updating the existing convention which was entered into force back in 1975. The new convention will enable both countries to strengthen their mutual economic relationship and enhance their cooperation on tax matters.  The new convention is based on the new OECD Model Convention for the avoidance of double taxation on income and capital and incorporates all the minimum standards of the Base Erosion Profit Shifting (BEPS) project, as issued by the OECD /G20 in October 2015, those of BEPS Action 6 (Treaty Abuse) and BEPS Action 14 (Making Dispute Resolution Mechanisms More Effective). Additionally, it includes the exchange of financial and other information in accordance with the relevant Article of the Model Convention.

For further information do not hesitate to email us at This email address is being protected from spambots. You need JavaScript enabled to view it.

The information set out in this publication provides general guidance and for information purposes only.  It does not constitute or substitute professional advice. We shall not be responsible for any loss occasioned by acting or refraining from acting on the basis of this publication.