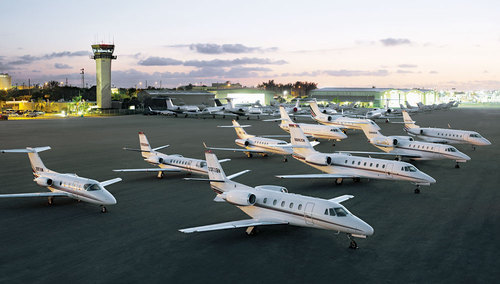 In essence, the scheme relates to private aircrafts which are owned by a company registered and existing in Cyprus and which are leased to another person established or resident within Cyprus. Usually, such lease agreements provide that there is a consideration paid to the owner in regular intervals and that, on the expiry of the lease period, the lessee may exercise a right to purchase the private aircraft which is subject to a further consideration. In the past, this transaction would have been subject to VAT (applicable rate is currently 19%) if (or to the extent) that the leased aircraft was used within the air space of the European Union.

This benchmark was inherently problematic, since it necessitated a considerable administration cost of calculating through log books the time that the aircraft was maintained within the boundaries of the European Union. As a result of the new guidelines, the relevant percentage (which shall be used as the benchmark for VAT calculation of the lease consideration) will now be calculated based on the aircraft size and type and not by reference to its use within or outside the European Union territory. The rates are tax efficient and competitive and have put Cyprus on the map as a competitive option for establishment of both the owner and the lessor of a private aircraft or a more elaborate lease scheme involving private aircrafts operating within the European Union airspace.

The new guidelines apply to all private aircrafts under a lease agreement concluded between a Cyprus company registered for VAT purposes in Cyprus and any individual or legal person with establishment or permanent/usual residence in Cyprus which is not exercising any economic activity. The private aircraft should not be necessarily registered in the Cypriot Aviation Registry but instead can be registered in any Aviation Registry in the world. The VAT Service has set certain conditions, all of which must be met for the purposes of applying the regime. These are the following:

The lessee should make an initial payment to the lessor amounting to at least 40% of the aircraft value. The lease payments should be paid on monthly basis and the lease period cannot be less than 3 months (91 days) and must under no circumstances exceed 60 months. The lessor is expected to have profit from the leasing agreement, which cannot be less than 5% of the total value of the aircraft, made up as follows: Upon commencement of the agreement, the total amount of the lease payments (on which the VAT due is calculated) should be increased by half of this profit (i.e. by 2,5%); On the proviso that the agreement grants the lessee the option to buy the aircraft at the end of the leasing period, the final payment cannot be less than 2,5% of the value of the aircraft. Such payment should be included in the profit calculation and is subject to VAT at the standard rate.

The private aircraft should travel to Cyprus within two months from the date of the commencement of the lease agreement. Any time extension regarding the aforementioned period can only be granted by the Tax Commissioner but such extension shall not exceed under any circumstances the time at which the option to buy the aircraft is exercised.