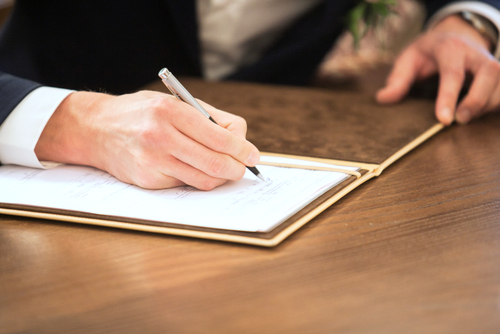 In an 11-2 majority decision, the full bench of the Cyprus Supreme Court has ruled on the question of a Bank’s entitlement to receive funds drawn pursuant to a credit facility, in the event that such credit facility was structured as a sham hire purchase transaction.

According to the facts in issue, the Bank and the defendant entered into a hire purchase agreement, which provided for the purchase by the Bank of certain movable items, the delivery of such movables to the possession of the Defendant for his own use and, eventually, the obligation of the Defendant to advance certain funds to the Bank as lease installments and his right to acquire ownership of the movables once the lease installments were paid in full.

The first instance Court assessed the evidence and took the view that the scenario advanced by the Defendant was true and, accordingly, the hire purchase transaction was held a sham transaction.  More importantly, the first instance Court also rejected the alternative claim of the Bank, which was made on the ground of the credit facility.  In that regard, the first instance Court ruled that, although the Defendant admitted that he received the credit facility and drew down the relevant funds from the Bank, which he used for investment purposes, the Bank could not recover the funds because at the trial the Bank elected (by adducing relevant evidence) to advance the hire purchase claim, which was rejected.

The Cyprus Supreme Court endorsed the approach of the first instance Court.  Providing grounds for this view, the Cyprus Supreme Court explained that a claimant resorting to Court, by submitting and advancing a sham version, in the case that such version is dismissed as such, cannot seek justice on an alternative basis, different from the one that he invited the Court to accept.  As commented in the judgment of the majority, it would have been legally absurd and indeed unfair for the Defendant if a Claimant, after the only cause of action advanced by him on trial collapses, could be allowed to rely on other pleaded causes of action, despite that these  were not aligned with the version that he advanced at trial and were not supported by evidence.  In this occasion, the Defendant would not have the opportunity to rebut the other causes of action pleaded in the alternative.

Since the Bank insisted throughout the trial that the hire purchase transaction was a genuine agreement, once this version was dismissed then this would seal the fate of the action as a whole and no alternative cause of action could be allowed to prevail. The Cyprus Supreme Court also clarified that the above reasoning does not interfere with or prejudice the established rule of procedure, namely that a Claimant can plead causes of action in the alternative.

Simply, the reasoning elucidates that every Claimant pleading several causes of action in the alternative has a procedural burden, at trial, to elect which version of facts shall be advanced as truthful. If the version of facts actually advanced is rejected by the Court as untruthful or unsubstantiated, no alternative cause of action can be upheld if such cause of action is founded on facts that differ from the version put forward at trial. It is considered that the above judgment constitutes an important elucidation of pleading and trial principles in Cyprus civil litigation and practice.