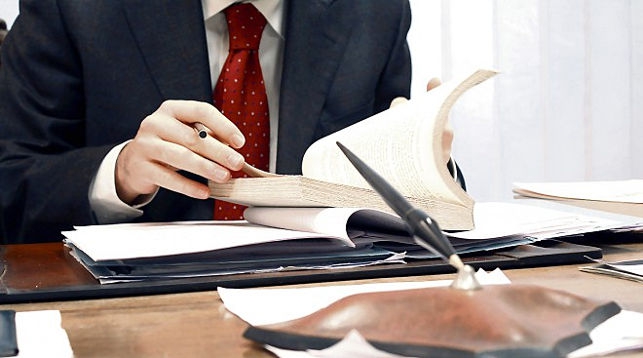 The Ministry of Justice and Public Order, which is the public authority designated as a Central Authority for the purpose of implementation of the Hague Convention of the 5th of October 1961 on the Abolition of the Obligation for Legalization of Foreign Public Documents (enacted in Cyprus through Laws 50/72 and 91/72) (the “Hague Convention”), has recently issued informative guidelines regarding the placement of apostille on Cyprus public documents.

The Hague Convention, which regulates the use of public documents issued by a Contracting State and used on the territory of another Contracting State, has abolished the obligation for legalisation of a public document and has introduced a common certification (known as APOSTILLE), which is added and attached on the document. The following are the key aspects of the new guidelines: Apostille certification can only be placed on public documents. For the purposes of the Hague Convention, public documents comprise: Documents from authorities or officials that relate to the Courts of the country; these include all documents that come from public prosecutors, registries or court bailiffs. Documents of administrative nature, notarised documents.

Official certifications on documents that are signed from persons under their private capacity, where they demonstrate the fact of the document was filed or the fact that the document was effective at a given time,  as well as the official or notarised certifications of the originality of the signatures. The Hague Convention does not apply in connection with documents issued from diplomatic representatives or consular officials as well as on documents of administrative nature directly addressed to commercial or custom businesses.

The Ministry of Justice and Public Order is the responsible authority for the Apostille certification of the documents that are published by competent governmental authorities for sending abroad. Furthermore other documents of private law may be certified under certain circumstances (e.g wills, agreements, powers of attorney), provided that they have a signature/seal of public authority, since as noted above, it is the originality of the signature of the public authority that is certified. It is implied that neither in these situations the certification concerns the content of the private document and the effectiveness of the document rests with the country to which it will be sent. In circumstances where such document is drafted in a foreign –non comprehensive- language, the eligibility of that document to be certified with APOSTILLE can only be examined provided that the person concerned or the lawyer that produces the document for certification with APOSTILLE,  states under his hand the nature of the document concerned (e.g. will/agreement/power of attorney), or alternatively produces to the Ministry a relevant affidavit in which the nature of document presented for APOSTILLE certification is mentioned.

Original public documents and certificates in relation to the capacity of a citizen in the Republic of Cyprus (such as, birth certificates, death certificates, certificates of marriage as well as court documents), are certified immediately from the Central authority without any interim certification. With regards to the copies of public documents, an Apostille is issued only in situations where the original of the document is certified as a true copy of the original and this is produced by the Department/Authority of the Republic that has issued the initial document.

According to the opinion of the Attorney General of the Republic of Cyprus, for Apostille certification purposes, “only original (or copies) that are issued by various governmental departments (of the Republic of Cyprus)  against payment of relevant fee as it is determined by the relevant laws that govern their operation can be certified”. The Hague Convention does not intend to give to individuals the right to certify public documents themselves, the relevant department only has the authority for the issuance of public document copies.

Nevertheless, for the purpose of providing better service to the general public but always within the framework established by the Convention, the relevant Department in the Ministry of Justice and Public Order adopted the practice of certification of affidavits, in which the person concerned swears under oath that photocopies of certificates and Company statutes that are attached are copies of those issued and deposited with the responsible authority (e.g. Registrar of Companies and Official Receiver). With regards to the utility bills, it is also perceived that they can be certified provided that they have signature/seal of public authority (since as it is mentioned above, it is the originality of the signature etc of the public authority that is certified). Alternatively, these can be submitted with a relevant affidavit.