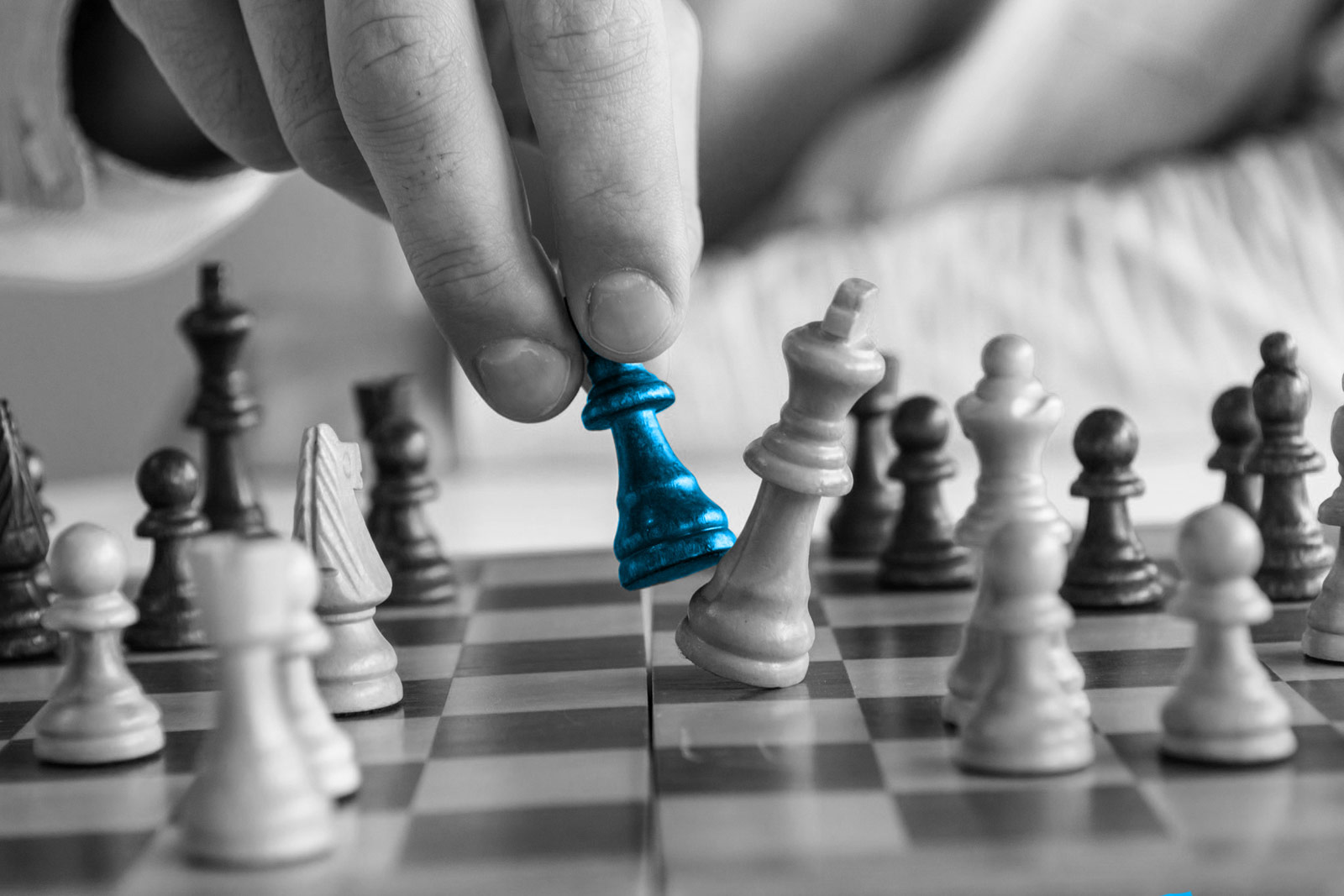 The Commission for the Protection of Competition in Cyprus (Commission) has issued its decision on the CIC-Daimler AG case, imposing a record aggregate fine of €20.7 million on Cyprus Import Corporation Ltd and Daimler AG, on grounds related to infringements of Article 3(1)(b) of the Protection of Competition Laws of 2008 and 2014 (PCL) and the corresponding Article 101(1)b of the Treaty on the Functioning of the European Union (TFEU). The fine was imposed in the context of examining a complained issued by Harris Kyriakides LLC on behalf of Chr. Kapodistrias & Sons Ltd and Kyros Auto Service Ltd, local companies which operate in the business of vehicle spare parts.

The Commission, after an evaluation of the evidence and submissions of the parties, unanimously concluded that the complaint substantiated an infringement of Article 3(1)(b) of the PCL and Article 101 (1) b of the TFEU, as a result of a vertical agreement between Daimler AG and its local distributor, Cyprus Import Corporation Ltd, which put in place a system of selective distribution of genuine spare parts of vehicles carrying the Mercedes-Benz brand in the Cypriot market. Kapodistrias and Kyros were dealing with the import, purchase, supply and resale of original spare parts for Mercedes-Benz vehicles, which were supplied by dealers and suppliers from abroad. Kyros and Kapodistrias advanced the case that, after the operation of the system of selective distribution by Daimler AG in relation to the original spare parts that Daimler AG has available, Kyros and Kapodistrias were deprived the ability to buy and import them in Cyprus.

According to the facts presented before the Commission, the system of selective distribution only allowed the sale of original spare parts to members of the network by authorised dealers. In other words, genuine spare parts were only made available exclusively to the local distributor authorised by Daimler AG as well as authorised distributors and repairers or vehicle owners through independent garages. Article 1(1)(i) of European Regulation No. 461/2010 on vertical agreements and concerted practices in the automotive sector defines the selective distribution system as “a distribution system where the supplier undertakes to sell the goods or services under a contract, directly or indirectly, only to distributors selected on the basis of specific criteria and provided that these distributors undertake not to sell such goods or services to unauthorised distributors in the geographical area within which the supplier applies this scheme.” The European Regulation No. 461/2010 applies in the automotive sector and sets out an exemption from the prohibition of Article 101(1)TFEU (and consequently of Article 3 (1) of the PCL) in relation to vertical agreements concerning the terms of purchase, sale or resale of spare parts for cars or for repair and maintenance services for cars. In parallel, the European Regulation No. 461/2010 implements the European Regulation No. 330/2010 concerning certain categories of vertical agreements and concerted practices.

A basic prerequisite for the application of the said Regulations is that the in the vertical agreements, the share held by each of the buyer and the supplier in the relevant market shall not to exceed 30% respectively. In addition, these vertical agreements must not contain certain types of severe restrictions that are classified as inherently anticompetitive and, at the same time, should generally lead to an improvement in production or distribution and to secure for the consumers a fair share of the resulting benefits. In the course of its investigation, the Commission collected data and information not only from Kapodistrias, Kyros, CIC and Daimler AG but also from many other market players, suppliers and importers. Considering the relevant case law, the scope of the complaint, the specific circumstances of the case and all other evidence placed before the Commission, the Commission unanimously concluded that the relevant market concerns the market for the wholesale supply of original spare parts for Mercedes-Benz vehicles and sub-market of the wholesale supply of original spare parts bearing the Mercedes-Benz brand, i.e. the the cars’ manufacturer in the Cypriot market. The Commission, relying on guidance from the jurisprudence of the European Court of Justice concerning cases under which the selective distribution system was applied, it analysed the criteria / conditions which determine the specific reason that could justify the operation of a selective distribution system.

The Commission, considering these conditions, unanimously concluded that in this case these criteria/conditions were not cumulatively met. The Commission accepted the position advanced by Kapodistrias and Kyros that CIC, which already had a very substantial market share in the Cypriot market prior to the operation of the selective distribution system, effectively became a monopoly after the system was applied. It also accepted that CIC, being the general distributor of Daimler AG, had knowledge that it would be the only member of the selective distribution system in the Cypriot market and although it had the power to do so, failed to appoint any other authorised distributors and, instead, opted to remain the only market player.

The Commission specifically observed that even authorised repairers in the Daimler network, which were appointed by the CIC, were found to make purchases of spare parts by CIC rather than imports from Daimler AG. In addition, the Commission unanimously held that Daimler AG was negligent and failed to apply in an appropriate manner the selective distribution system in the Cypriot market and that Daimler AG acts and/or omissions, under its agreement with CIC, led to restrictions of the disposal of original spare parts bearing the car manufacturer's logo for Mercedes-Benz vehicles, whilst, on the other hand, the system of selective distribution could be applied in the Cypriot market without such limitations or controls on the production and distribution.

The Commission noted that Daimler AG made the decision for implementing the selective distribution system and sent relevant instructions for the implementation of the said system to CIC, but as regards the way of this system’s implementation in the Cypriot market, the Commission found that Daimler should have prevented and/or should not allow the exclusion of the relevant market with the existence and activation of one and only business to it, thus eliminating any pre-existing intra-brand competition. In this respect, Daimler AG was also criticised for not considering important factors applicable in the Cyprus market, primarily the geographical characteristics of Cypriot market, which differentiate and affect the competition and, in general, that it did not monitor the application of the selective distribution system, although it had a clear duty to do so.

The Commission considered that the Cypriot market has all the characteristics of a distinct geographic market, as is an already isolated island market, under which the competition that existed between the general distributor (CIC) and the independent companies (Kapodistrias and Kyros and other companies) has been completely extinguished. Under the new system which Daimler AG had implemented, the consumer’s choice and the access to the best products market prices have been restricted to the maximum. On the basis of all findings, the Commission unanimously held that the vertical agreement between Daimler AG and CIC, aiming to the implementation of a selective distribution system in the Cypriot market, constitutes an an agreement prohibited under Article 3 (1 ) of the PCL and the corresponding Article 101 (1) TFEU. This vertical agreement was found to have the effect of severely restricting the disposal of goods, in violation of Article 3 (1) (b) of the PCL and Article 101 (1) Art. b TFEU and that, as such, it is not covered by Regulations (EU) 461/2010 and 330/2010, due to the high market share held by these companies, which render inapplicable the individual exemption under Article 4 (1) of the PCL and Article 101 (3) TFEU.

The operating part of the Commission’s decision obliges CIC and Daimler AG to immediately terminate the infringement of Article 3 (1) (b) of the CPL and the corresponding Article 101 (1) Art. b TFEU and avoid any repetition of the infringement in the future. The Commission, in considering the fine to be imposed, took into consideration the nature, seriousness and gravity of the infringement as well as the duration thereof and acting on the basis of Article 24 (a) (i) of the CPL decided to impose an administrative fine to CIC in the amount of €700.000 (seven hundred thousand Euro) and an administrative fine to Daimler AG in the amount of €20.000.000 (twenty million Euro). Through a notice issued after the judgment of the Commission was published, Kyros and Kapodistrias expressed their contentment with the result and stressed the significance of the judgment, which has ramifications that surmount the territory of Cyprus and affect the wider market of the European Union. Mr Michalis Kyriakides (Harris Kyriakides LLC), Penelope Alexia Giosa (Harris Kyriakides LLC) and Theofilos Theofilou, consultant, handled the case on behalf of Kapodistrias and Kyros.