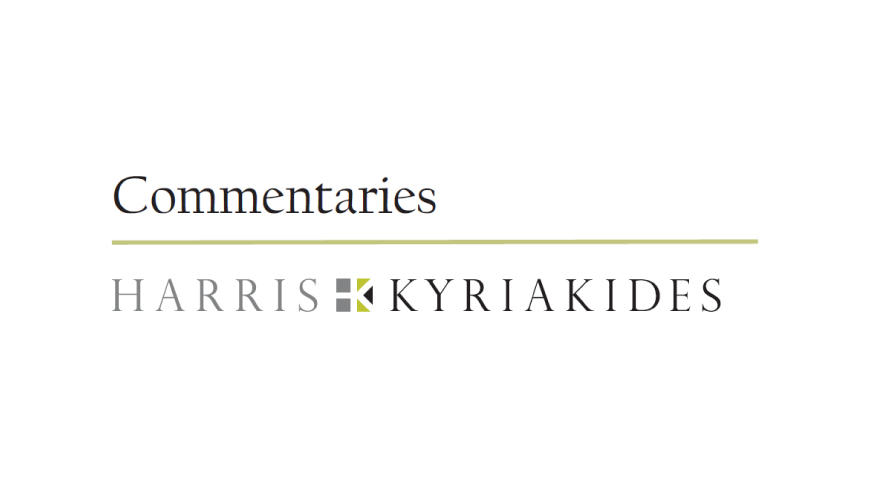 The marketing of goods infringing intellectual property rights (IPR) causes considerable damage to IPR holders, licensees and law-abiding manufacturers and traders. Such marketing deceives consumers and could in some cases be endangering their health and safety. On the premise that such goods should, so far as possible, be kept off the European Union markets, the European Union has promulgated measures to deal with such unlawful marketing that would, at the same time, protect the efficiency of legitimate trade. Enforcing IPRs at the border, wherever the goods are under customs supervision or customs control, is an efficient way to quickly and effectively provide legal protection to IPR holders.

To this effect, the European Union has now enacted Regulation (EU) No. 608/2013 (the "New Regulation”) which regulates customs enforcement of IPR and sets procedural rules for customs authorities to enforce IPR with regard to goods liable to customs supervision or customs control. The Regulation repeals its predecessor, Regulation (EC) No. 1383/2003 (the "Old Regulation”) and aims to address some of the problems encountered under the Old Regulation, such as the need for clarity on several issues and the need to strengthen the provisions concerning the enforcement of IPR.

In view of the above developments in the EU, Cyprus government has adopted the New Regulation, through the provisions of the newly enacted law 61(I) of 2018 (the "Cyprus Law”). The Cyprus Law shares the same objective and scope as the New Regulation, with the exception of some additional provisions in relation to goods for which authorisations have already been granted and/or are under suspicion for infringing IPR.

The Department of Customs & Excise of the republic of Cyprus, is present at the entrances and exits of the Republic and has the exclusive competence in handling goods for which there is a prima facie suspicion that they infringe IPR. The Department carries out checks on goods for which a customs declaration is placed for release for free circulation, export or re-export, when entering or leaving the customs territory, or when placed under suspension or re-placed in a free zone or warehouse. Goods that are potentially infringing IPR are goods which are counterfeit, pirated or infringe, inter alia, a patent, a supplementary protection certificate, a National or a Community plant variety right, designations of origin and geographical indications, geographical names, rights in industrial designs and trademarks.

In relation to the above, it was observed that the Old Regulation did not cover the full scope of IPR and thus, certain infringements could not be pursued. In response, the New Regulation sought to extend the rights covered by legislation, by rendering a more generous definition to ‘intellectual property rights’[1].

A new feature introduced by the New Regulation, concerns trademarks, for which protection is now extended from signs that are identical to the trademark, or which cannot be distinguished in their essential aspects from a trademark, to signs that would otherwise infringe a trademark, for example, because of confusing similarity. Moreover, the New Regulation now covers infringement of trade names in so far as they are protected as exclusive property rights under national law. The above adjustment is said to minimize the discrimination against IPR other than trademarks, but nevertheless, it is estimated that trademark infringement accounts for more than 93% of the matters handled by customs.

Another type of protected rights under the New Regulation are topographies of semiconductor products and utility models. The Geographical Indications covered now, encompass not only agricultural, but also possible future non-agricultural products and the New Regulation specifically mentions the geographical indications as provided for in Agreements with third countries.

Lastly, as to counterfeit goods, the New Regulation now provides protection also in relation to infringements via circumvention devices i.e. devices which are primarily designed, produced or adapted for the purpose of enabling or facilitating the circumvention of technological measures that prevent or restrict acts in respect of works which are not authorised.

Bearing in mind the aforementioned adjustments, it is suggested that there is even more room for broadening the scope of IPRs that are included in the New Regulation; for example, well- known unregistered marks, as such marks are particularly vulnerable to counterfeiting. Moreover, it should be noted that the New Regulation still does not cover cases of parallel imports or overturns[2]. Such cases remain unprotected despite the fact that the import of these into the EU will almost always infringe any applicable IPR in the EU.

Clarifying the meaning of goods ‘under suspicion’

One of the difficulties of the Old Regulation was that there were no clear guidelines about when goods were suspected of infringing an IPR. This lead to diverging decisions depending on the jurisdiction in which the goods were detained.

With the New Regulation, the above problem has been addressed by providing a definition for ‘goods under suspicion’ as "goods with regard to which there are reasonable indications that, in the Member State where those goods are found, they are prima facie [...] the subject of an act infringing an intellectual property right, in that Member State...”[3].

Swift Procedures for destruction of goods

Customs control have the authority to destroy goods suspected of infringing IPR. The procedure of destruction of such goods has now, under the New Regulation, become more effective and time-saving.

In order for the right owners (or collective rights management bodies) to avail themselves of the system and protect their rights against goods under suspicion, they must first lodge with national customs authorities an application for customs action which is then examined and granted or rejected. The appropriate national customs authorities will then suspend the release of, or detain, any goods coming to their attention that are suspected of infringing an IPR covered by a decision granting an application, and the applicant and the declarant or holder of the goods is notified accordingly.

Even when there is no application on behalf of right owners, customs authorities are granted the discretion to suspend the release of, or detain, any goods (other than perishable goods) suspected of infringing an IPR, upon notification of the declarant or anyone they believe might be entitled to submit an application for customs actions, so as to give time for such application to be submitted.

Under the Old Regulation, where customs authorities had detained or suspended the release of goods which were suspected of infringing an IPR, Member States could provide, for a simplified procedure, to be used with the right-holder's agreement, which enabled customs authorities to have such goods abandoned for destruction, without there being any further need to determine - through a Court decision - whether an IPR has been infringed under national law.

This optional procedure has now become compulsory with regard to all infringements of IPRs and furthermore, it lays upon the customs authority to deem the agreement of the holder of the goods/declarant to have been given where he has not explicitly opposed the destruction (within the prescribed period of 10 days upon notice of destruction).

In situations dealing with small consignments of counterfeit and pirated goods (being postal or courier consignments of three units or less or having a gross weight of less than 2kg), the New Regulation introduced an even more simplified procedure which allows custom authorities, upon suspicion of goods being counterfeit, to destroy such goods, this time without the explicit agreement of the applicant in each case and where the importer does not react to a destruction notice within 10 days of its receipt.

The above procedure intents to reduce the administrative burden and costs to a minimum and is a practical tool for addressing internet sales of goods infringing IPRs - it allows for the swift destruction of goods shipped in small consignments by post or express courier with a significant reduction in administrative burden for customs authorities and right-holders.

Nevertheless, a general opt-in declaration is required by the right-holder at the time of filing the application for customs measures, in order for the above provision to become activated. Customs authorities should have the possibility to require that the applicant covers the costs incurred by the aforementioned procedure.

The new Regulation addresses this issue with a rather opaque reference only with regard to medicines, for which it obliges customs authorities "when assessing the risk of infringement of intellectual property rights, [to] take account of any substantial likelihood of diversion of such medicines onto the market of the Union”[4]. Hence, the prerequisites of determining whether such goods are suspected of infringing IPRs are more detailed and diverse than with other goods that require just ‘reasonable indications’[5] as discussed above.

Cypriot Law provides that any decisions or approvals granted, or any pending procedures in relation to goods under suspicion under the 2006 law of Trafficking Control of Goods Infringing Intellectual Property Rights, are still in force, until they become amended or repealed[6].

The European Legislator has reviewed former regulations in light of economic, commercial and legal developments, so that right-holders and rights management bodies can rely upon a more certain legal foundation regarding IPRs. By providing broader definitions of the scope of IPRs under the new Regulation, more goods are now covered and thus more protection is offered.

Moreover, by speeding up certain procedures, such as enabling the almost automatic destruction of goods in cases of small consignments of counterfeit, unnecessary delays in the process are avoided, thus minimising administrative burdens and costs.

However, it is submitted that there is even more room for expansion of the scope of IPRs. Parallel imports, overturns, as well as imports of non-commercial nature, are still excluded from the Regulation’s scope.

In addition, the issue of measures against goods in transit has not been legally solved, except of a special provision with regards to medicines which directs the customs authorities’ discretion into a careful administering of medicine passing across the customs territory.

Lastly, there still exists the need for further aligning the respective national customs and IP rules so that a common understanding develops among customs and exceptions to the said rules become more evident.