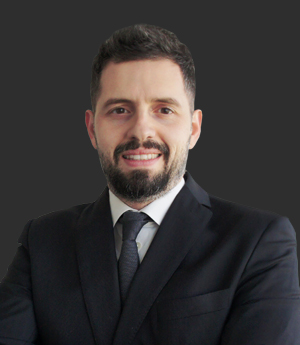 Partner and Head of the firm's Banking & Finance and Insurance Law Departments, Nicolas Kyriakides is one of Cyprus's most celebrated young commercial lawyers and academics. He is known as widely internationally as he is domestically: he is regularly involved in projects with the leading banking, finance and insurance brands in Cyprus, as well as foreign equivalents globally in relation to their Cypriot operations; and in addition to a doctorate from the University of Oxford with Professor Adrian Zuckerman, he is a two-time Master of Laws with qualifications from UCL and New York University. Nicolas has also been a Visiting Researcher at Harvard Law School (Spring 2020) with Professor David Rosenberg. He is a member of the firm's Board of Directors. He also lectures regularly at the University of Nicosia.

Nicolas's work encompasses the full range of insurance issues - clinical and professional negligence, motor accidents and employers' and public liability. He advises both claimants and defendants (more common in Cyprus) so has a 360-degree view of the issues that arise on both sides of the equation, from which all his clients benefit. He also supervises teams advising insurance companies and banks on regulatory and compliance issues.

He is particularly known for his out-of-the-box legal thinking and his track record of establishing new legal concepts and ideas. He has contributed to a number of high-level innovative legal research initiatives and papers, particularly in the area of Civil Procedure, in the course of both his commercial practice and his academic life. As a result he is regularly consulted to advise on changing legislation and regulation.

Indeed over the last 18 months Nicolas has played a key role a number of landmark law reform initiatives aimed at improving the quality and consistency of Cyprus’s Civil Procedure regime, recognised as key to attracting foreign investment into the region:

During this period he was also the editor of a new leading textbook on Cyprus Banking Law published in March 2021.

Board member of the Larnaca Chamber of Commerce & Industry

Member of the Insurance Institute of Cyprus

Founding member of the Cyprus Forum of Insurance Lawyers

Founding member of the Cyprus Forum

Member of the Board of Directors of the Cyprus Arbitration Forum

2013 - Present: Harris Kyriakides LLC - Partner and member of Board of Directors