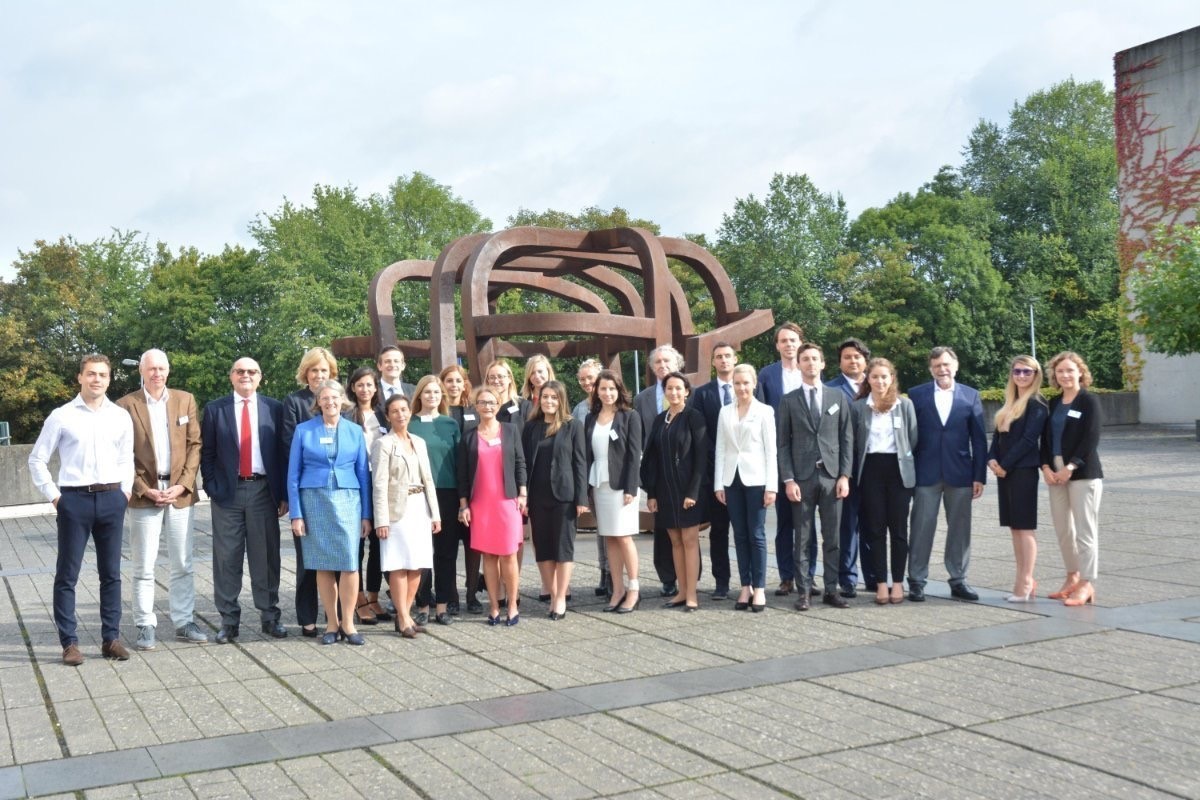 The aim of this contest was to provide a platform of discussion of new perspectives and ideas for trainees and newly qualified lawyers to share common values in areas of European and international law. To enhance the transnational and European character of the contest, the contestants were divided into six teams composed of three or four nominees from different Member States with different legal traditions and backgrounds.

The format of the contest was two half days with three rounds – three parallel quarter finals, semi-finals and a final round with the two best remaining teams. At each level, a different task has been mastered, which took the form of a written report on a legal question of EU business law (free movement of company law and copyright law in the Digital Single Market) followed by an oral debate on it, a negotiating exercise on company law, and a moot court exercise based on a real judgment from the General Court before the Jury.