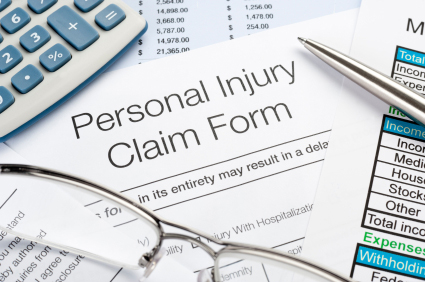 According to the relevant case law which actually interprets the common law as provided in article 51 of the Civil Wrongs Act Chapter 148, employers have a duty of care not to expose their employees to unnecessary risks, to employ competent staff and to provide safe equipment, a secure work system and a safe workplace. In other words, employers must take the necessary measures in order to maintain the working environment in a safe condition. Furthermore, every employer must provide employees with the necessary training, guidelines and instructions. In addition, employers have a duty of responsibility to take reasonable measures in order to ensure that the provided work system is monitored and implemented.

In the recent case Andreas V. Vrondis & Sons (Construcions) Ltd v. Papaleontiou, Civil Appeal 189/2011, issued on 15/05/2017, the Supreme Court of Cyprus had the opportunity to decide on the issue of employer’s liability in work accidents. In the said case, the accident occurred while the respondent/claimant was using a ladder, holding at the same time a bucket of plaster in order to work on the roof of a school. The respondent/claimant put the ladder on the floor in a way that the two rails of the ladder were placed on a recently placed ceramic and the other two rails were placed on a marble. As a result, there was a height difference of one centimeter between the pair of the left rails and the pair of the right rails of the ladder. The respondent/claimant climbed the ladder while holding a bucket, and began placing plaster on the roof while the bucket was resting on a step of the ladder. At some point the ladder fell, causing the respondent/claimant to lose his balance, to fell from the ladder and to get injured.  The respondent/claimant argued that his employers did not inform him of how to use the ladder. Moreover, he argued that despite the fact that his employers instructed him to set up double scaffolding to reach the roof, he did not because such a procedure was tiring. According to his testimony, it was impossible to reach the roof by using the scaffolding but at the same time he was aware of the danger of the ladder slipping because such accidents are common.

The First Instance Court, held that appellants/defendants should take full responsibility for the accident, on the ground that despite the fact that the respondent/claimant was an experienced craftsman and that he was the one who had placed that ladder that way, there was no clear evidence that the fall of the ladder was attributable to the respondent’s/claimant’s fault and therefore he could not be entitled to contributory negligence.  The Supreme Court disagreed with the first instance Court, it allowed the appeal and it finally awarded 20% ​​of the liability to the respondent/claimant by stating the following:  “On the other hand, there is contributory negligence. No explanation was given by the respondent/claimant of the reason why the ladder slipped or of the fact that the slip was due to some negligent act on the part of the appellants/defendants themselves or on the part of any other of their employees at the work place, in which case the appellants would again be liable. The respondent/claimant testified that the day before the accident, he had used the ladder as a means of work and not as a means of access which, according to the Labor Inspector, was not in any case, an appropriate way of use. The respondent/claimant was an experienced craftsman, he was aware of the risk involved in using the ladder, and he had previously advised other employees on this matter. However, he placed the ladder in a way that there was a height difference of one centimeter between the pair of the left rails and the pair of the right rails of the ladder, in a place where, as he said, construction works were constantly taking place and there were plows on the floor, even small ones, as well as various plasters and other garbage from the construction site. He reached a height of about four meters holding a bucket full of plaster while balancing on the ladder, putting the bucket on the ladder and plastering at the same time. The respondent/claimant did not himself take adequate security measures for himself.”

The Supreme Court was particularly concerned about the obligation of the employers to ensure the supervision and oversight of the employer's work system. In addition, the Supreme Court mentioned that, the question whether it is necessary to prescribe a system of work under any given circumstances is a question of fact. In examining such a question, the nature of the work and the specificity of the risk involved are decisive factors in order to balance the necessity for detailed organisation and the obligation of supervision, for the employees’ best interest and safety.  In the present case, the appellant/claimant would carry out work, which did not involve particular risks, especially to such an experienced craftsman as the appellant/claimant was said to be. The respondent/defendant had no reason to predict that the appellant/claimant, would not perform without supervision and in a reasonably secure manner, the work assigned to him, and especially after the detailed instructions given to him. Under these circumstances, the Supreme Court concluded that the test of the reasonable employer is satisfied, that the respondents did not have a duty of supervision. As a result, no liability for the accident that followed could be attributed to them.

The above judgments which the Supreme Court of Cyprus has recently handed down illustrate a new trend of the Supreme Court in cases of work accidents and they provide a valuable guideline in handling actions involving employer’s liability in Cyprus.